A statue of France Prešeren unveiled in the park named after the poet in Podgorica June 25, 2018

Home Consulate A statue of France Prešeren unveiled in the park named after the poet in Podgorica June 25, 2018
0   
By admin Consulate Events June 26, 2018

On the initiative of the Honorary Consul of Montenegro to the Republic of Slovenia Mr Vojislav Kovač the statue of the greatest Slovenian poet France Prešeren was unveiled and displayed at a newly-built park near the seat of national TV and radio center on June 25, when Slovenia celebrates Statehood Day.

Donor of the twenty-one ton heavy sculpture made of white concrete. the honorary consul of Montenegro to Slovenia Mr Vojislav Kovač took this opportunity to express his opinion. » I believe that Podgorica will welcome the statue of Prešeren as respectfully as Ljubljana did the statue of Njegoš four years ago. As a resident of Ljubljana and a Montenegrin, I am greatly honoured to be able to give my contribution to the statues dedicated to the two giants. Both of them embody the fight for freedom, national awakening and cultural connections between the two nations«.

Ministers of Culture from both countries Mr Aleksandar Bogdanović and Mr Anton Peršak inaugurated the newly built park named after the Slovenian poet. On behalf of the Slovenian people and government, Mr Peršak thanked the honorary consul for his incredible gesture of generosity, emphasizing that such moves are extremely rare and therefore the statue is even more noteworthy as it represents a symbol of excellent diplomatic ties.

The event brought together more than 150 guests from the fields of politics, diplomacy, culture and commerce from Slovenia and Montenegro. The President of Montenegro Mr Milo Đukanović, the Mayors of Podgorica and Ljubljana Mr Slavoljub Stijepović, and Mr Zoran Janković attended the ceremony as well. UEFA President Mr Aleksander Čeferin attended the ceremony as a special guest of the Honorary Consul of Montenegro to Slovenia. 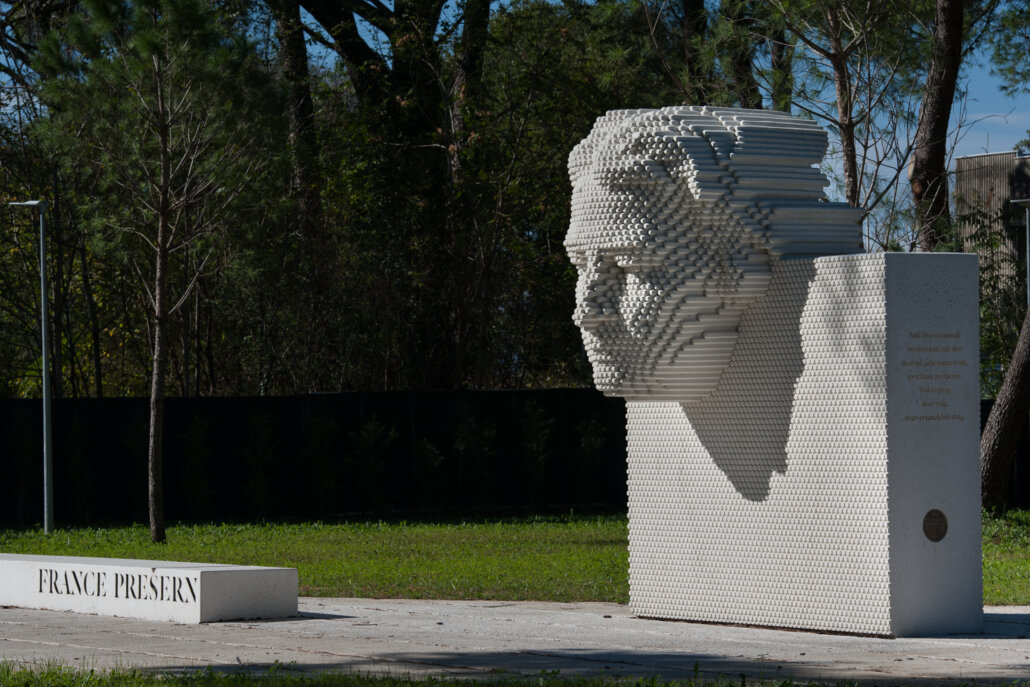 The author of the statue Rok Žnidaršič, a renowned architect from Ljubljana and a recipient of Plečnik Award explained that after the enlargement of the original portrait he had largely transformed it into an abstract hexagonal prism symbolizing a honeycomb since such composition illustrates Prešeren’s role in the almanac “Kranjska čbelca”. 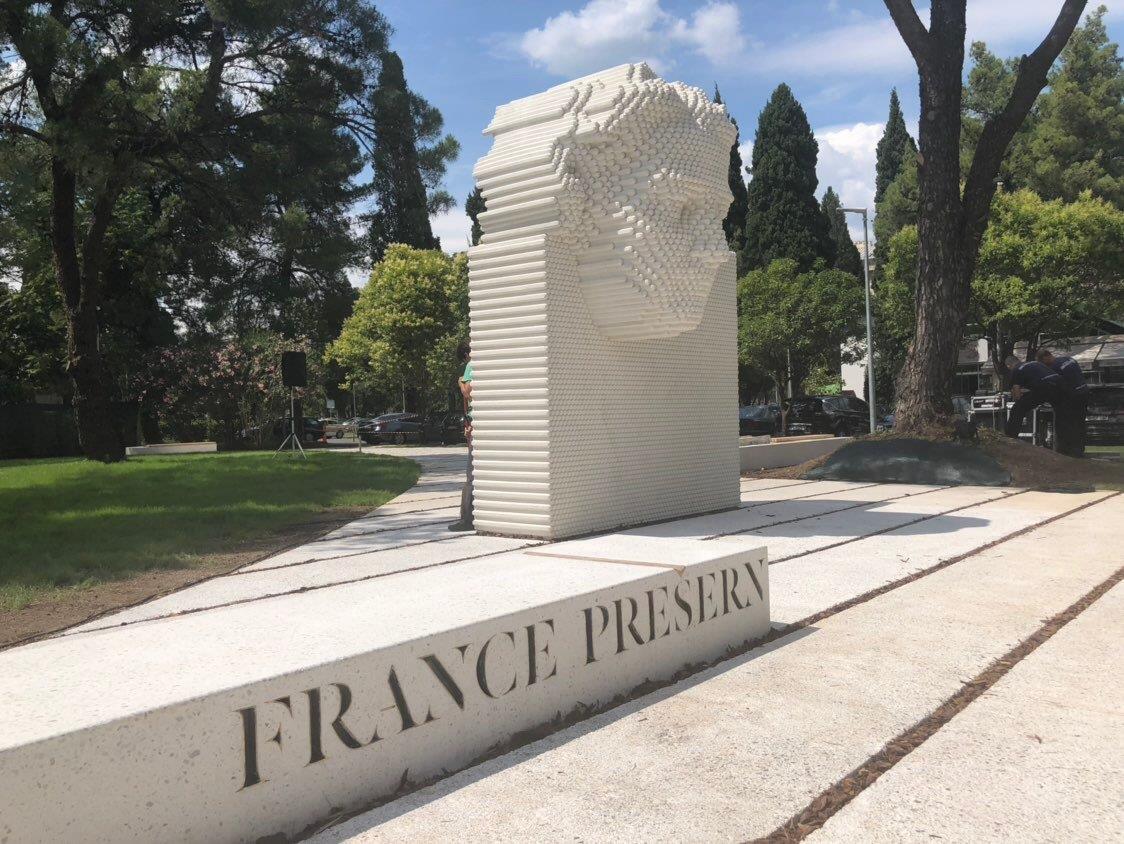 On the statue, surrounded by six massive wooden and reinforced concrete benches, there is a quote from the poem Zdravljica – Slovenian national anthem – in the Montenegrin language